Digitalization… carries its own risks

Juana Pulido, director at Estudio de Comunicación, published an article in El Economista titled “Digitalization… carries its own risks”, where she goes into depth to explain how all of us are at risk of a digital attack.

She echoes what the Department of Homeland Security already pointed out: that most of these attacks took place through the Internet of Things, “the systems which control our home-security alarm systems from our cell-phone, which let us know a garbage can is full or that let us turn a security camera on or off. The cyberattack starts with malware ‘infecting’ a router, an online printer, a smart TV and any other interconnected devices, transforming them into an army of robots who only answer to these cybercriminals.” 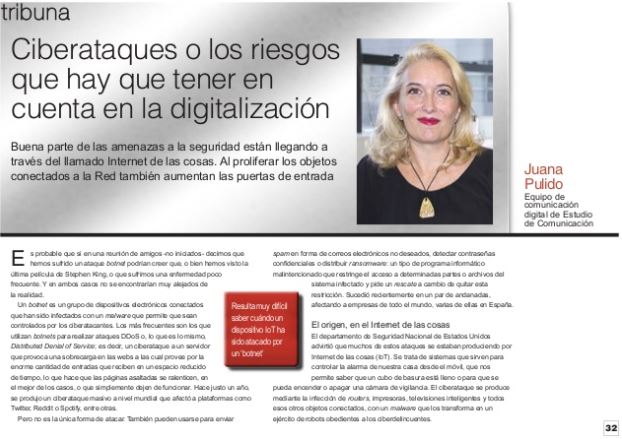