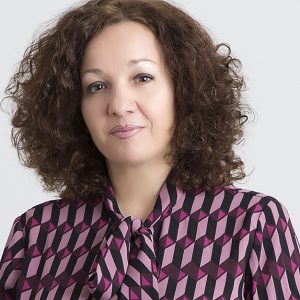 Ana joined Estudio de Comunicación´s family on summer 2007. She has a journalism degree from the Polytechnic University of Valencia and a degree in History and Philosophy from the German University of Göttingen. A citizen of the world and a great traveler, after living in England, France, Turkey and Colombia, it was in Germany where she developed a good deal of her professional career working as a journalist for media such as Bild Zeitung and, after discovering the aspect of business communications, for Telefónica and Siemens, among other companies. Upon her return to Spain she headed the communication department of Panda Software.

She speaks German, English and defends herself in French. Her hobbies are sleeping, when her children allow her, reading (especially historical novels) dancing and traveling the world.