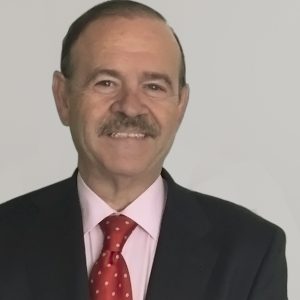 He graduated with a law degree from Universidad Alcalá de Henares (Madrid) and is journalist. For 20 years, Fernando Nadal worked as head of the Business and Finance sections of different Spanish newspapers El Economista, Ya, ABC, El País and Expansión. In 1998 he became the Corporate Communications Manager of ENERSIS in Chile, from where he directed the image policy of the company’s holding, setting in motion Endesa’s organization and communication strategy in Argentina, Brazil, Colombia, Chile and Perú.

He was a board member of several South American companies: Elesur (Chile), Cerj (Brazil), Coelce (Brazil) and Edesur (Argentina), as well as counselor of the Chilectra Activa Foundation (Chile). After five years residing in Santiago, in 2003 he returned to Spain to take over Endesa’s Corporate and South America Communications Department, as the Executive Secretary of the Endesa Delegates Committee. At the beginning of 2006 he became the General Director of Communications for Real Madrid, and in February of 2009 he assumed the vice-presidency of Estudio de Comunicación in Chile, going back to Chile.